Nope we havened forgotten about our English viewers. So let’s give this a try.

Worcester is famous for its big rugby schools, probably the only place where the municipality makes provision for the deaf and blind people, surrounded by awesome mountains and of course the wine. Now for those wine lovers out there who haven’t attended their annual Whoosh festival are truly missing out of one of the most spectacular festivals. The Willeklonge decided to go and find out what all the hype regarding this festival was about.

With music in our ears and wind in our hair we were back at what we do best – enjoying this beautiful country to the maximum of our ability. The game plan was going to be simple – we either go big or we pack-up our tents and go home. The verdict was overwhelming. LETS GO BIG! Oh sh_t it is going to be a tuff weekend then. But hey, why be afraid if you can take over the world…whahaha.

Friday night – Arriving at the grounds we (Elizca, Alma, Skallas & I) decided that we will start at the wine tent. It is not actually a tent but an open piece of grass/terrace that has got these beautiful trees all over the place providing life saving shadows. The grounds were covered by little wine & food stores and water sprayers hanging in the trees provided a misty rain that helps a lot with the heat.

After the first beer it was off to do some more exploration. We just going to pop in and check it out and move on to the next place…yeah right. The next and LAST stop was the beer tent that was located close to the entrance. We decided very early that drinking games are going to be out on this trip because we don’t want to be in bed by 20h00. The place was getting busier and busier and before we knew it, it was rocking really hard. Karlien (local musician) was doing here thing. She was awesome but then she made the mistake. Yup ladies and gentlemen she made a mistake. She started to pull people onto the stage to come and sing with her and for those of you who don’t know yet we have our own Idol contender in our own team (Skallas). He saw the opportunity and took it with all 7 hands (by that time we where well away on a deferent planet…hehehe) He was a rock star in his own world.

After that AWESOME, BRAVE display we where back partying hard. We met so many new faces and compliments must go out to the Worcester locals for being so friendly and such good sports. The highlight of the evening was…uhmmm…how can put this without Skallas mother getting a hard attack? Well lets just put it this way – he went for a pee outside and then this drunk 20 ton platform moved away underneath him. Can you believe that? That stupid, drunk platform almost caused Skalles to be part of a railway track. Please look out for drunk, movable objects that jump up infront of you guys. Skallas survived.

Saturday – after watching the Stormers (read more in the Suiper – Sport category) game we decided that we need a little more rest. Power naps are true life savers. After an hour of downtime it was back to the big playground. Again we started at the beer tent but this time decided that we rather going to stick there for a little bit longer. Wikus (Tollas son) had the crowd on their feet and it was stunning to see how old and young was having a great time together.

Later the afternoon we were joined by die rest of the Willeklonge (Liz, Vicky & Evan) With a full team it was back to the beer tent to see if we can change the scoreboards. (Beer tent 1 (Skallas) – Willeklonge 0) When will we learn. We tried so hard and planned so carefully but we never got close to a point. The beer tent on the other hand was taking us down like if it was a game. The more we partied, the cheaper the booze got and the cheaper the booze got the more the beer tent laughed at us. The rest of the evening was … well you are big enough so use your imagination son. All that I can say is after the weekend the final score was (Beer tent 3 (Skallas, Henry & Vicky) – Willeklonge 0). The highlight of the evening must be the legendary David Kramer.

The Whoosh festival is truly a stunning event. This was my first time and this will definitely become a stop for the Willeklonge. If you want to check out more about the festival please go and visit their site at – www.whoosh.co.za A big shout out to Elizca and her aunt for organizing a place to camp at such a SHORT notice. To all the other Willeklonge that was there – we really have to consider that book-club guys because this is getting dangerous for my old body…hehehe. Thanks guys. It blew me away…no jokes. 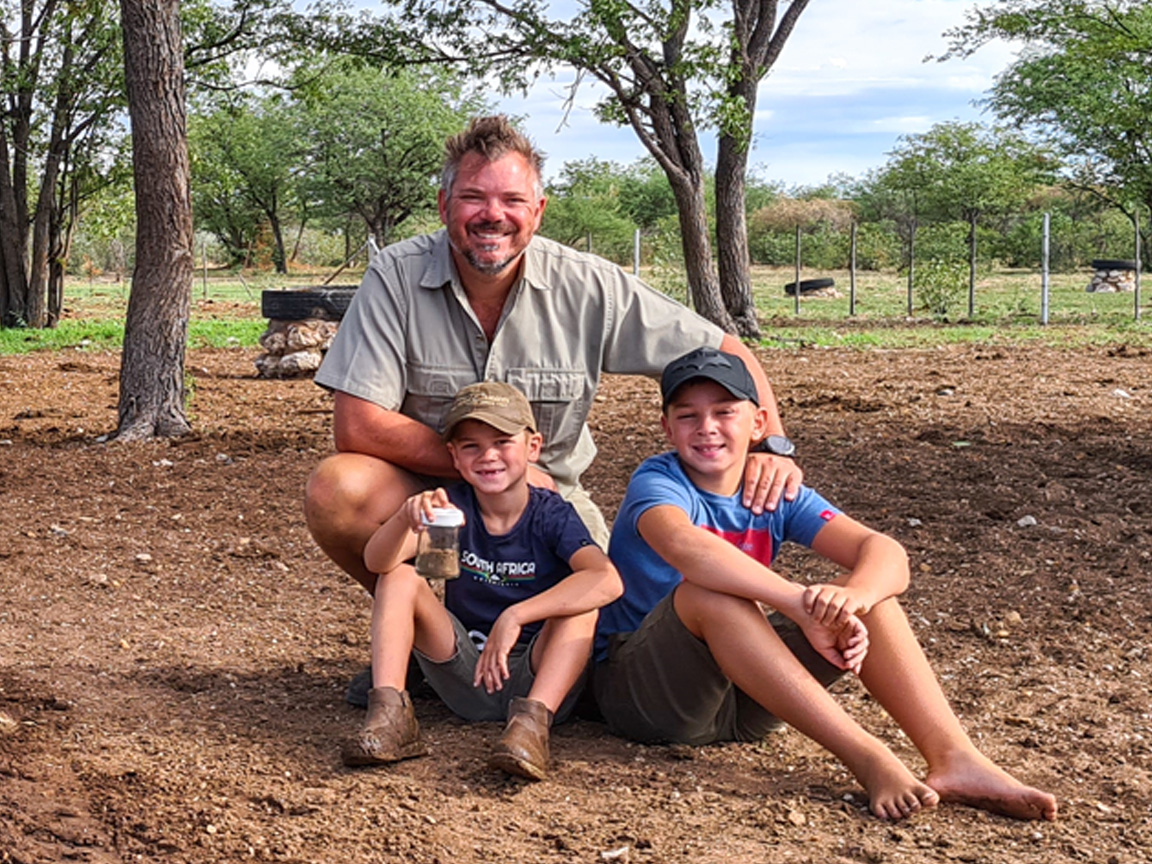 Follow me and my sons (Jean & Lian) during our various adventures.

Anything from a weekend break away from the city buzz, overlanding throughout Africa, or even just trying to raise my two boys by cultivating a love for the outdoors. At the same time ensuring that they don’t kill each other on these adventures :-)

Although an adventure is dangerous and wild, it is a deep spiritual craving that is etched into one's soul.

Great evening out in the #boland with friends. W

What a great game between these two schools: @huge

Love days like this next to the #rugby🏉 field.

Not the sight that you want to see 🙈. One-to-o

Received a couple of questions on these two items

So today we celebrate this “woelwater" birthday.

Birthday celebrations continue... Big thanks to A

Not my current situation, but look forward to our

Today this young man is 12 years old! He has an h

Was great seeing this ugly fella 😉 again. When

So this little princess is now an official member

After this weekends #kyknetbuiteexpo I just want t

At last! NEW YouTube video! In this final episode

How awesome was it seeing the boys so excited to m

FINALLY a new video on our #youtube channel. This